1. The Seventh Meeting of the Sub-Regional Ministerial Steering Committee on Transboundary Haze Pollution in the Mekong Sub-Region (7 th MSC Mekong) was held on 29 August 2018 in Da Nang City, Viet Nam and attended by Ministers/representatives responsible for land, forest fires and haze from Cambodia, Lao PDR, Thailand, and Viet Nam, and the Deputy Secretary-General of ASEAN for Community and Corporate Affairs. The Thirteenth Meeting of the Technical Working Group on Transboundary Haze Pollution in the Mekong SubRegion (13 th TWG Mekong) preceded the Meeting.

2. The Meeting noted the ASEAN Specialised Meteorological Centre’s (ASMC’s) review and outlook of the weather and smoke haze situation from September to December 2018 for the Mekong Sub-Region. The Meeting also noted ASMC’s forecast of the prevailing rainy conditions to persist until November 2018, before a transition to the traditional dry season with the onset of the Northeast Monsoon. Rainfall is expected to be near-normal, while temperature is forecast to be slightly above-normal in the coming months. The prevailing neutral (neither El Niño or La Niña) conditions are forecast to continue till October 2018, but there is a 60-70% chance of weak to moderate El Niño conditions developing towards the end of the year. Hotspot activities are expected to be generally subdued during the rainy season, but a gradual increase in hotspot activities can be expected in the region with the transition to the dry season. The MSC Mekong countries agreed to continue to be vigilant and take preventive measures and immediate fire suppression procedures to mitigate land and forest fires and to minimise the occurrence of transboundary haze during periods of drier weather.

3. The Meeting also noted ASMC’s continual efforts to enhance its weather and haze monitoring and forecast capabilities by leveraging the latest available satellite technology. In addition, ASMC has rolled out a Regional Capability Building Programme, which started this year, by conducting a series of training workshops for national meteorological and hydro-meteorological services in ASEAN, focusing on numerical weather prediction modelling, subseasonal-to-seasonal predictions, climate change projections and haze monitoring.

5. The Ministers recalled the commitment and guidance of the ASEAN Leaders at the 31st ASEAN Summit held on 13 November 2017 in Manila, Philippines, and 32nd ASEAN Summit held on 28 April 2018 in Singapore, towards the regional cooperation on transboundary haze pollution control. The Ministers underscored the importance of on-the-ground and action-oriented programme and of the role of local community in preventing, monitoring, mitigating, and addressing transboundary haze pollution.

7. The Ministers valued the strong cooperation with the Dialogue Partners, Development Partners as well as with external parties and looked forward to their continued support of the implementation of Roadmap through, among others, GEF6 Project on Sustainable Management of Peatland Ecosystems in Mekong Countries supported by the International Union for Conservation of Nature (IUCN), and Measurable Action for Haze-Free Sustainable Land Management in Southeast Asia (MAHFSA) supported by International Fund for Agricultural Development (IFAD).

8. The Ministers reiterated their commitment to work towards achieving the target of hotspot reduction which was approved at the 4th MSC Mekong Meeting in 2014 in Vientiane, Lao PDR, specifically in reducing cumulative hotspot count to less than 75,000 hotspots by 2017 and to 50,000 by 2020. The Ministers were pleased to note the achievement of the target in 2017 with an annual cumulative hotspot count in the Mekong sub-region below 30,000.

9. The Ministers were encouraged by the progress of the implementation of the ASEAN Peatland Management Strategy (APMS 2006-2020) through the ASEAN Programme on Sustainable Management of Peatland Ecosystems (APSMPE 2014-2020) and supported the upcoming second review of APMS to ensure that initiatives remain consistent with the overall goal and general objectives of the Strategy and are responsive to emerging issues and priorities. 3

10.The Ministers also noted that the report of the Study on the Economic, Health and Social Impact of Haze in 2015 on the ASEAN Region which has been endorsed by the Conference of the Parties to the ASEAN Agreement of Transboundary Haze Pollution in 2017 had provided baseline indicators on 2015 haze impact on health, economy and society. The Ministers recognised the need for ASEAN to embark in more comprehensive studies to further improve our in-depth understanding of the transboundary haze pollution. 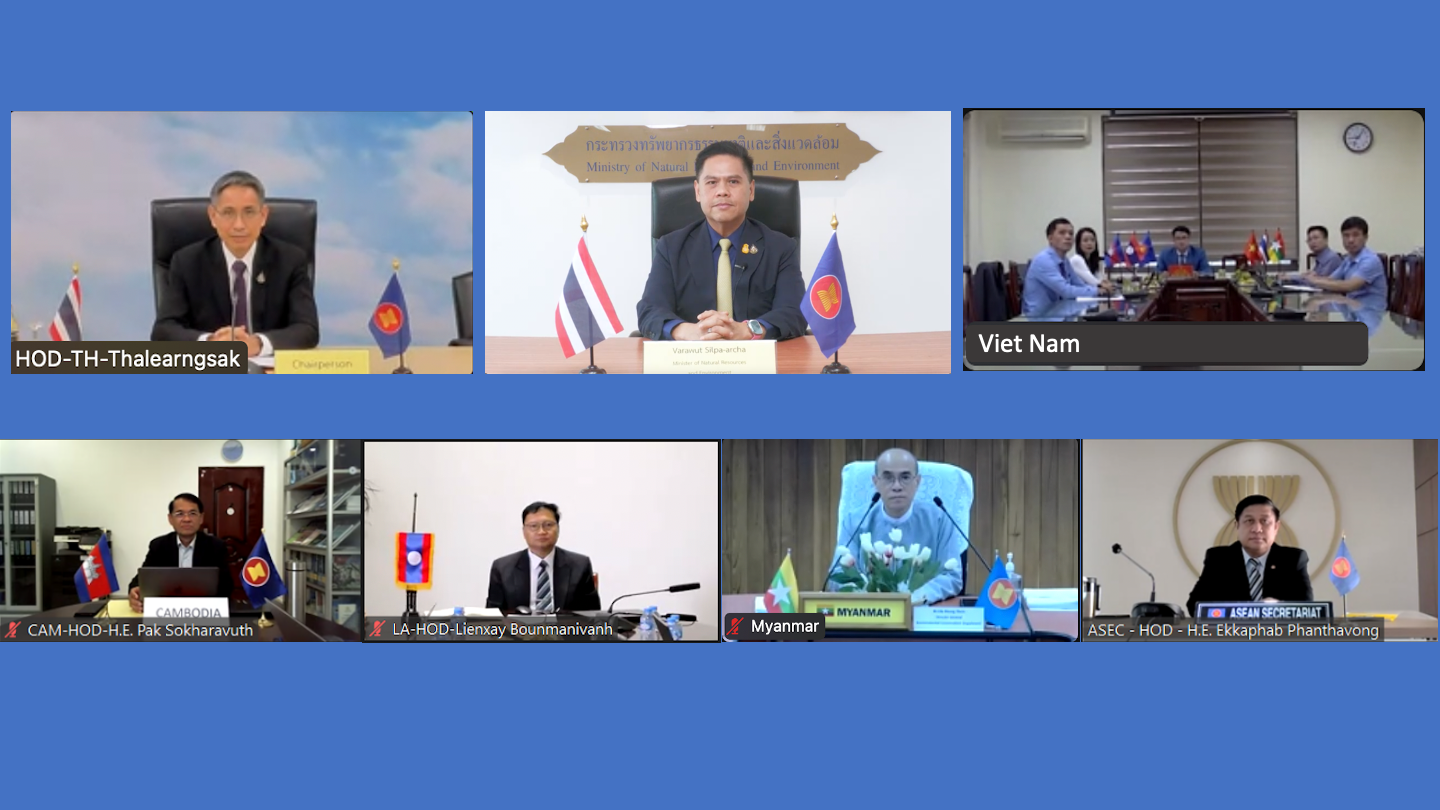 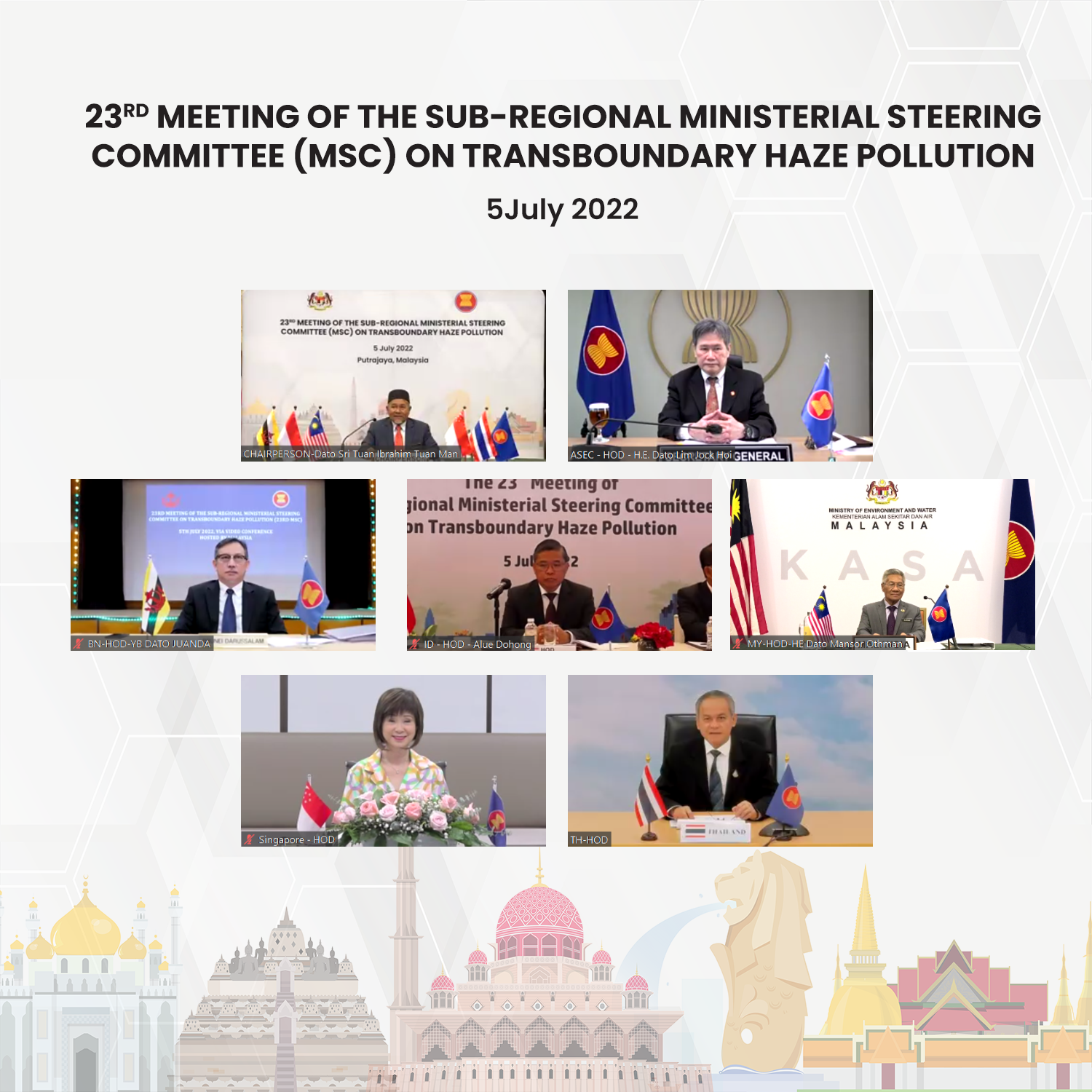